On Tuesday afternoon, we were pleased to welcome Julian Vayne from the Burton Gallery in Bideford. He led an assembly where he shared examples of pottery from the gallery. He spoke about the association that Devon has with this art form as a result of the china clay which can be found in this part of Devon. He explained to the children that examples of Devon pottery can be found all over the world and that lots of them have been found in the USA. 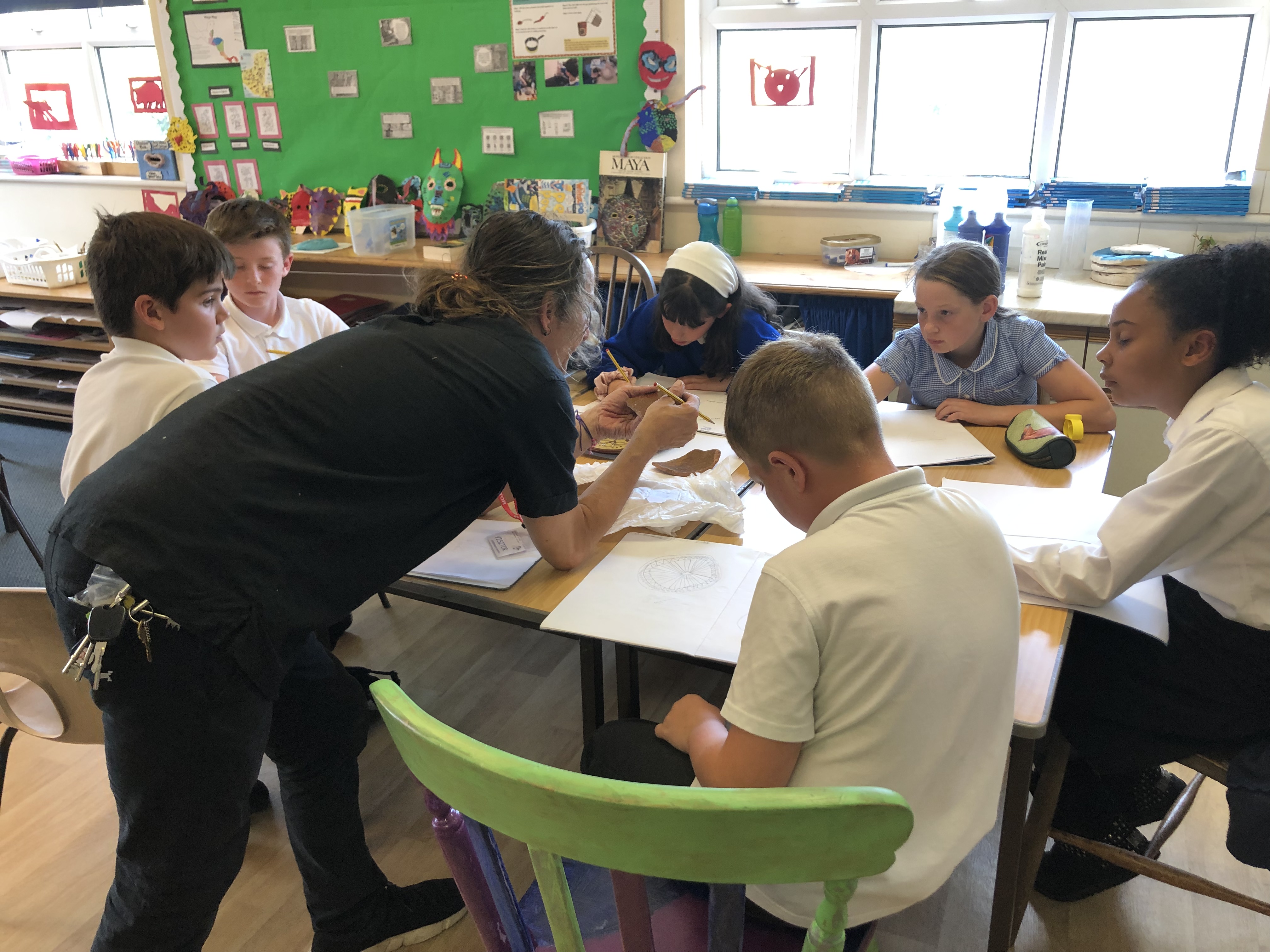 He then worked with Koala class sharing some further artefacts including a piece of the original Bideford Bridge, an old style bottle which used a marble as a lid and a ship in a light bulb. The children were then challenged to draw the artefacts using some of the drawing techniques Julian had taught them. 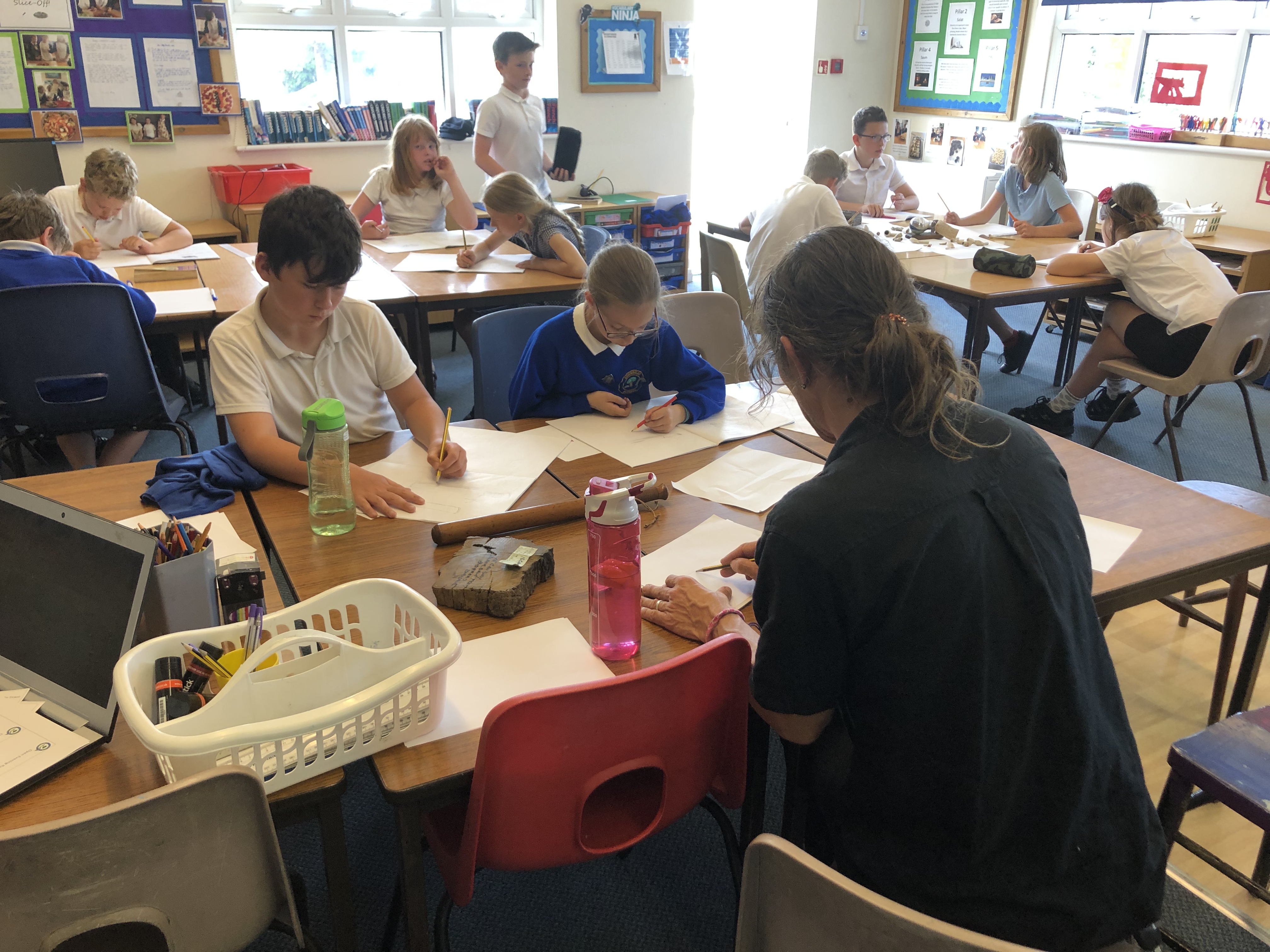 Julian reminded everyone that the Burton Gallery is open to the public and has free entry. There are lots of things going on during the summer holidays including an exhibition about Michael Morpurgo starting on the 24th August. https://www.burtonartgallery.co.uk/exhibitions-activities/michael-morpurgo-a-lifetime-in-stories/ 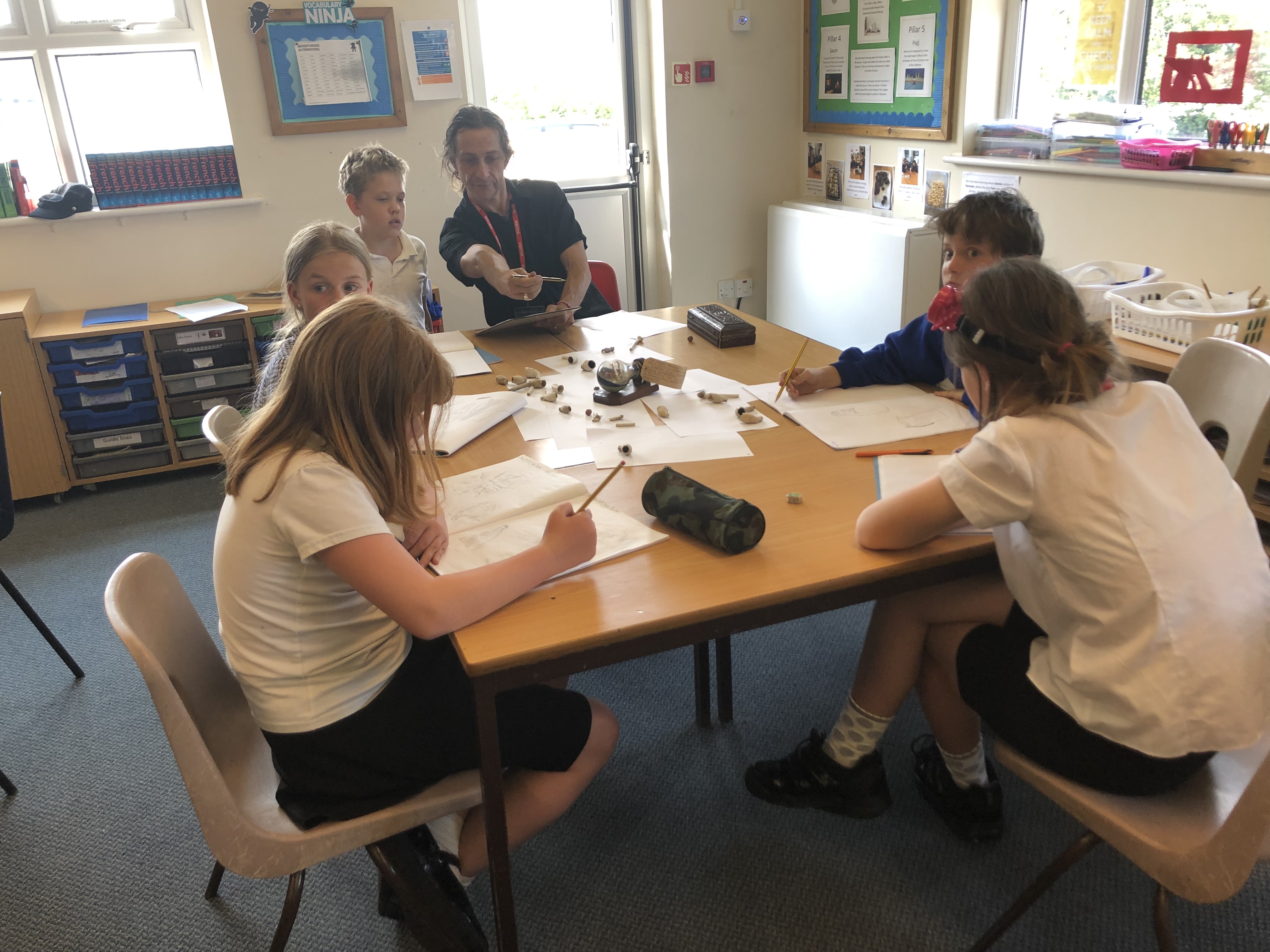 Shebbear Community Primary School was founded in 1877. It is set in the heart of the Devon countryside, in the small rural village of Shebbear.

"Staff are happy, enthusiastic and have fun with the children which means learning becomes embedded."

"We continue to be very pleased and impressed by the education offered to our children; the teachers, assistants and governors/SSSG all work very hard for the children’s benefit."

"I would never worry about my child whilst at Shebbear School."